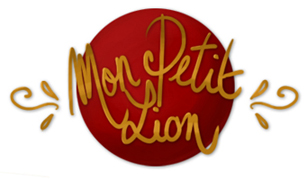 Mon Petit Lion (« My little Lion ») was a prototype game made during 5 days at Supinfogame. We then developped it during our internship at 3Dduo.
The game is available on the AppStore.

Mon petit Lion is a game where the player has to train a little lion in a circus. Of course, he also has to take care of it. In the first part of the game, the player has to accomplish some simple quests (like satisfying its needs (food, water, sleep,..) or finding an item in the circus for an other animal). In the second part, he has to help to train the cub for the show, with various minigames. After the show, the player is rewarded with stickers or new pieces of puzzle in order to complete some dioramas. 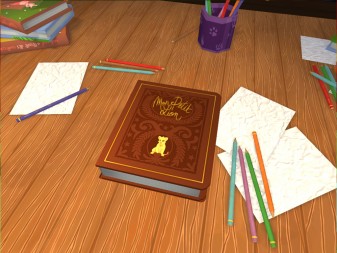 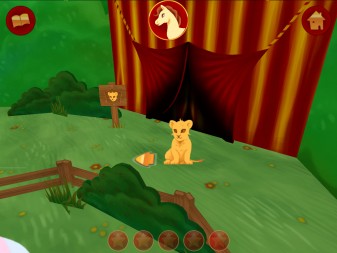 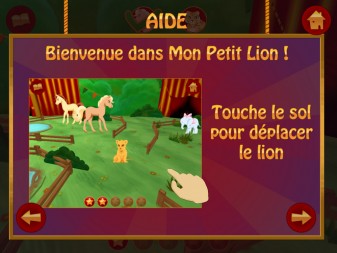 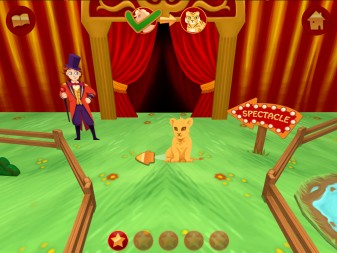 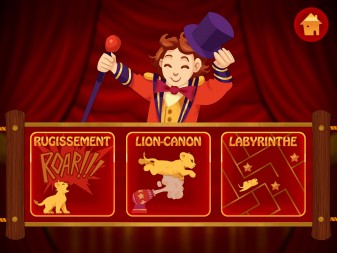 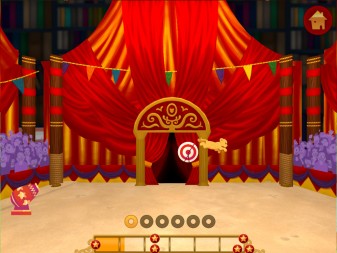 We have chosen an environment in a pop-up book, with a colorful cartoon style. The environment is in 3D, with 2D sprites.
On the project, I was 3D artist. In particular, I made the 3d models, with the textures, and the animation of the page-turning book. I also made a few 2D assets.

Pictures from the early prototype (December 2013) 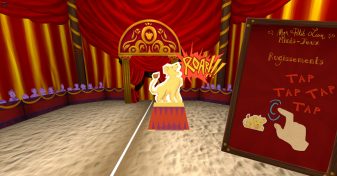 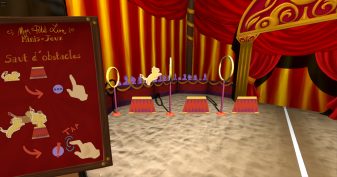 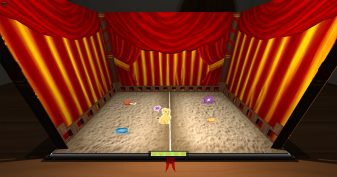 After the presentation of the prototype, 3Dduo offered a 3 month internship to the whole team, to finish the game. 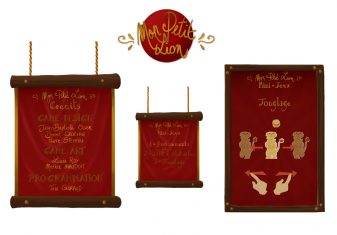